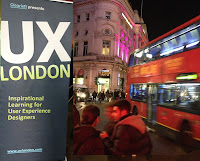 UX London saw the convergence of inspiring veterans and fresh new designers.  Concepts as diverse as Big Data, humility, abundance and the "Internet of Things" were ever-present, and  experience was described as an ecosystem of multiple events and touchpoints running across many devices, places and moments in time.

Here are just a few highlights from some of the UX leaders at companies like IDEO, Facebook and Intel who shared their insights at UX London...

1> Spot desire paths and adapt to them

Tom Hulme from IDEO kicked off the three-day event by drawing inspiration from urban design.  His target was the "desire path" (those undesigned human-made paths through a landscape made by repeated use) and their ability to trace unanticipated human intention.  He sees analogs throughout digital design and urges designers to look for them.


"As designers we can have a vision for what a product is, but the truth is how it's used."

Abundance got the spotlight when Julia Whitney of the BBC described her experience leading the first truly digital olympics.  They had to prepare for an astounding 2,500 hours of live video covering 302 events delivered to four screen-size categories and all in a way that felt cohesive and met diverse user needs.  Their success was in planning, testing, synthesising and providing simple and effective user control.   Rio, here they come. 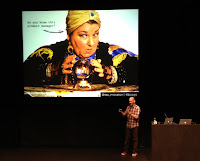 Jeff Gothelf, author of Lean UX (see the UX Magazine contest to win the book), emphasised that Agile UX is about iteration, starting small, and testing first.  He suggested we start calling requirements "assumptions" to better frame an environment of ongoing testing.


"You have to fail to learn.  If your organization doesn't embrace failure, how can you get it to do so?"

He shared examples of organizations that wasted months of time and millions of dollars on building untested assumptions that failed once launched.  He showed how even lightweight testing using email, small samples and simple prototypes can keep projects lean, agile and user-centered. 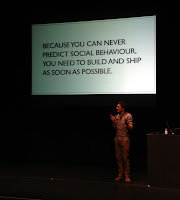 Paul Adams of Facebook took a radical approach: His view was that we can't hope to predict what will happen in the real world once our product is out there, so we should build and launch as quickly as possible.  In this way a launch becomes a test which leads to the next iteration.

"Because you can never predict social behaviour, you need to build and ship as soon as possible"

He also described the ways in which the internet, once built around pages and files, is being rebuilt around people.  He noted that people are managing information overload by turning to other people: their friends (and sometimes experts).


5> Products that are desperate to be used 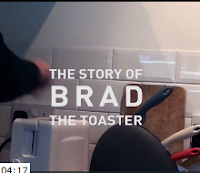 Simone Rebaudengo easily gave the most entertaining talk of the event as he discussed an utterly eccentric and possibly inspired approach to designing more sustainable products.  As the only speaker who targeted the resource problem posed by an increasing "internet of things" I was refreshed by his lateral thinking.

What if people didn't own products, but hosted them?  What if those products were desperate to be used? What if unused products could leave your for someone better--someone who needed them more?  His example, Brad, a toaster that was programmed to love being used, stars in this top-notch demo video...  Watch it, it's worth it.

The stand-out talk for me was given by Genevieve Bell, renowned Australian athropologist and director of experience research at Intel.  She took us on a time travelling adventure through the "archeology of anxiety about technology".  Her goal? To better understand why we're so worried about machines taking over the world.   According to Bell there are two stories that always get told about new technology: the singularity and the terminator (the machines either create utopia or enslave and murder us).


"The stories we tell ourselves about our technology shape the way we develop that technology."

From the original Luddites and the publicaiton of Frankenstein to the invention of radium and Blade Runner we have seen humanity react with both fear and wonder as our technologies have gradually claimed territory previously considered exclusively human.

With the advent of automatons in the 18th century, machines could suddenly look and act eerily like living beings.  In the 19th century they became capable of doing work and replacing our livelihoods (enter the Luddites).  In the mid 20th century, technologists showed us machines could think, possibly even more effectively, than human beings.  More recently, the idea that they could experience feelings brings even more questions about what it means to be human into view.

According to Bell, anything which threatens to change any of the following will always trigger fear:
She left designers with no small challenge...


"Most technologies are accompanied by two stories: Fear and wonder...those are the things you have to chart when you want to think about what it takes to make a good experience."