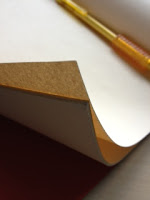 Amid the carnival of EdTech excitement you'd be forgiven for forgetting that our digital technologies are still just tools, added to a bag of tricks that has accumulated over millenia.  Sure, there are some tools we'll probably never go back to (punch cards? slide rules?) but then there are the work horses that have survived for a reason, like pencil and paper.

Educational interface design researcher, Sharon Oviatt and colleagues presented a study ("Quiet Interfaces that Help Students Think") in which students working on math problems worked faster, remembered more, and made fewer errors on paper (regular and digital paper) than they did on tablet-based UIs.  The difference was most dramatic for low-performing students.  Some of their comments are telling...


“Sometimes clicking and choosing the right symbol was confusing and distracting. I was focusing on the computer, not the problem.” “I knew I could do it but it was just faster to write.” “I’m a visual learner. I like to draw pictures to help me think clearly.” “I need visualizations to figure out the problems.”

Seven years after this study was published, and its still easier to quickly sketch, diagram and think visually on paper than it is with any of our ubiquitous devices and apps (and digital paper still isn't widespread among learners).  UX designers know the value of thinking visually with paper and pen all too well.  Their processes and deliverables still include paper, marker, pencil, sticky notes and napkins when creativity and big picture thinking are called upon.  And today, digital capture is a cinch with the mobile phone camera at hand. 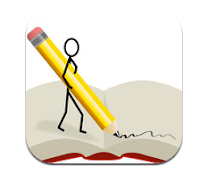 On the other hand, the added load of pencil and paper mechanics can be a distraction for younger students.  By using a mobile app to remove the need for primary student to handwrite full sentences, Kuhn and colleagues were able to help students focus on just sentence construction with the StoryTime app project (read their article).  Their studies showed that using a mobile app that allowed students to create and complete sentences by using their fingers to move words around (like magnetic poetry) helped them to stay engaged and keep focus on the the learning objectives.

While our focus is generally on the software, as designers of interfaces for learning we can't forget the affordances and limitations of the physical interfaces with which our learners work.

A keyboard and mouse are good at certain types of input (like language and numbers), touch screens are good at others (like intuitive object manipulation) and paper and pen are still better at other things (like creating symbols and diagrams.)  Remembering this means we can choose the right tool (or combination of tools) for the task when there is a choice, or aim to meet the same needs via design when there isn't.