UX Personas as an antidote to the three Ps 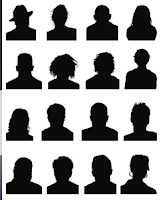 Shake hands with the three P's:  politics, personalities and prejudices.  You'll be doing a lot of work with these guys, and as a UX designer, you may be the only one equipped to get around them with technique rather than tyranny.

Challenge:  Redesign an internal process for a team of 40 users who know each other, too well.  That means stakeholders aren't faced with the usual challenge (empathizing with their anonymous user base). Instead, they're picturing the people they know and don't necessarily love.

Solution:  Personalities get transformed into personas to allow user needs to emerge in purer form and thus, drive the redesign.  Discussing user needs by making references to specific people leads to biases and blame (eye rolling and aversion put a damper on empathy every time). By separating needs from the individuals to which they correspond, and remixing them into unidentifiable personas, as a team we were finally able to discuss real needs without past conflicts colouring decisions.  Indirect mediation accomplished!  Smiles ensue.

Example:  Using personas in this way worked so well, folks were not only able  to drop the P's for a while, they really enjoyed this method of understanding the problem better. It did call for some slight tweaking of the standard template.  We weren't designing for millions of users so fully fleshed out personas were unnecessary.  The goal was getting at some key needs, behaviours and pain points.  Also, labels like "job role" and "organisation" which could kill anonymity were replaced with project specific labels like "tools they use to get the job done".  Also, I was using personas with people who had never heard of them, so I included a simple definition and purpose in the doc.

Tip: If you haven't seen them already, check out the brilliant templates provided at Konigi.
Posted by Dorian Peters