Recently I was asked to design a new Interface for the popular open-source community and learning management system, Sakai. Herein I include some of the challenges, take a look at the before and after screenshots, and provide an update on progress and current usage of the final product the "Amistad" skin. 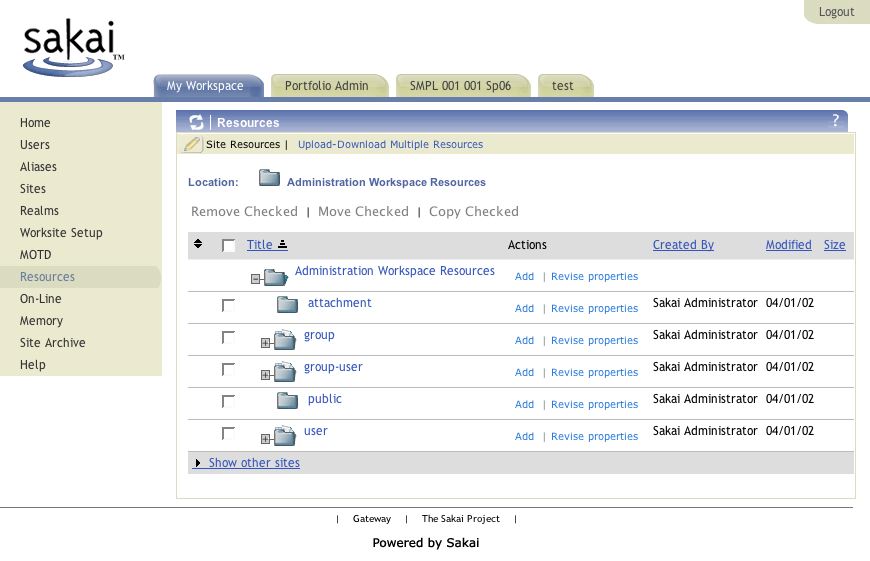 In June, I had the opportunity to work on a project for CARET (the Centre for Advanced Research in Educational Technologies), to design a more user-friendly and inviting interface for the Sakai system in use at the University. Sakai is a collaboration and learning management system used by many to "support teaching and learning, ad hoc group collaboration, support for portfolios and research collaboration."

As an ongoing open source project, there are continual improvements being made and functionalities being added. In June of 2006, CARET was interested in making improvements to the usability and user interface.

The resulting skin, which I called "Amistad" was subsequently included as a default option with the following Sakai installations. It was also picked up and customized by other institutions.
The detailed work log provides more process information and the resulting 'Amistad' skin is available for download online.
Posted by Dorian Peters